It was about this time last year that I finally put my foot down and told myself that I HAD to put in the time and effort to create a kindergarten based phonics curriculum that was rigorous, engaging, and FUN!  When I set out starting on what is now, KinderPhonics, I had no idea of just how successful it would become in my classroom.
Last summer I was thrilled with the final look of the unit, but I was still nervous since it was yet to be “kid approved.”  It took all of about one classroom day to realize I had something!  The kids were engaged and they were having so much fun!  I had used Leap Frog Letter Factory in my classroom the previous years, but now the video had meaning.
I got even more giddy as I received emails and feedback from other teachers that were having the same success with KinderPhoncis! 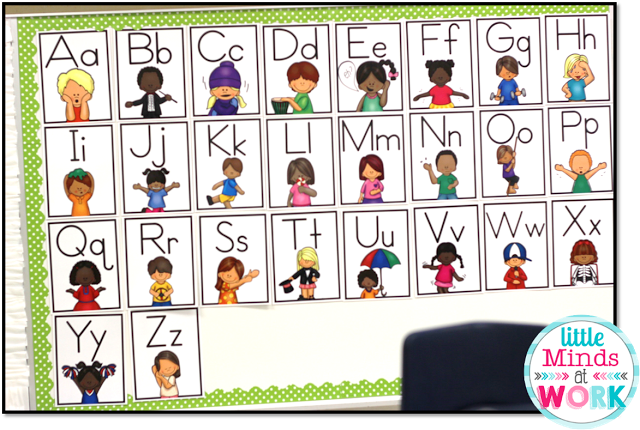 “AMAZING!!!!!! If you are thinking of buying this and wondering if it I worth the price – without a doubt, YES!!!! Curriculums school systems give us are not near this and cost them hundreds of thousands of dollars. This is going to be simple and effective. Thanks SO much!!!!!”
“The hand signals made learning the letters and sounds much simpler for my students.”
“Ob. Sessed. I cannot tell you how much of a difference this resource has made in helping my kiddos master the alphabet. I work in a school where kids come in with few, if any, letters and usually no sounds. My babes love singing the letter factory song and I always catch them doing the movements when searching their brains for sounds. The “real” photos are a hit too! I will absolutely be purchasing the next packs!”
My niece doing the letter sound motion for the letter e! 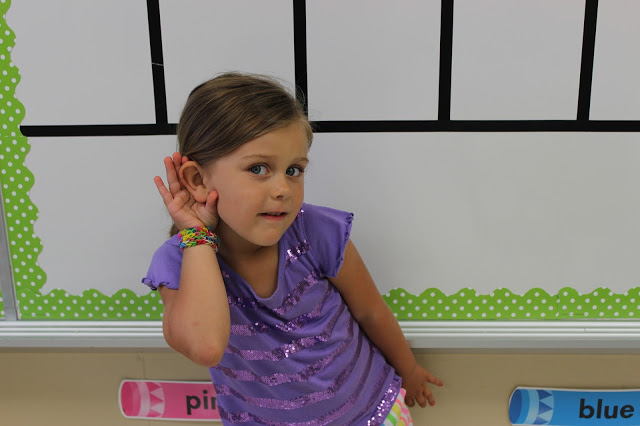 Sooooooooo, what is special about this phonics program compared to what I am already doing? KinderPhonics is teacher created for teachers and kids! I was frustrated that big box curriculum companies thought it was completely okay to teach letter names one per week the ENTIRE school year.  I might be speaking out of turn here…but in my classroom most kiddos get their letters within the first couple-few months.  The other kiddos would be bouncing off the walls to continue learning letters for the ENTIRE year.  I also wanted a phonics program that connected to all learning styles.  I had seen over the years that when I added movement and songs to the content…students picked it up very quickly!
This phonics curriculum is made up of three units; Letters A-Z {a quick run through of the alphabet- 26 days}, Sounds to Words {spending two days per letter of the alphabet focusing on that sound- 52 days}, and Sounds to Words {this unit shows students how to take sounds and turn them into words -60 days}.  KinderPhonics is well thought out and does not ask for unrealistic measures from the teachers or the students.  Below a more in-depth of the phonics units!  Also, once you’ve scrolled to the bottom you’ll  be able to download two free weeks to view 🙂 🙂

Unit One: A brief introduction to the alphabet.  This unit dedicates on day per letter.  Phonemic awareness skills covered in Unit One:  rhyming, syllables, and single sounds..all covered under the RF.K.2 Common Core State Standard.

Unit Two: A review of the alphabet with a focus on handwriting and letter sounds.  Two days are dedicated per letter with a review day at the end of the week.

Below you will find a few snapshots of the resources found in unit one! I will also explain the importance of these materials for the full scope of the units!
Letter Sound Cards – – Letter sound cards are used throughout the units, but primarily in unit one.  I will add one card to my stack each day as we learn a new letter.  I will then review my stack with students.  They will give me the action and letter sound for each! 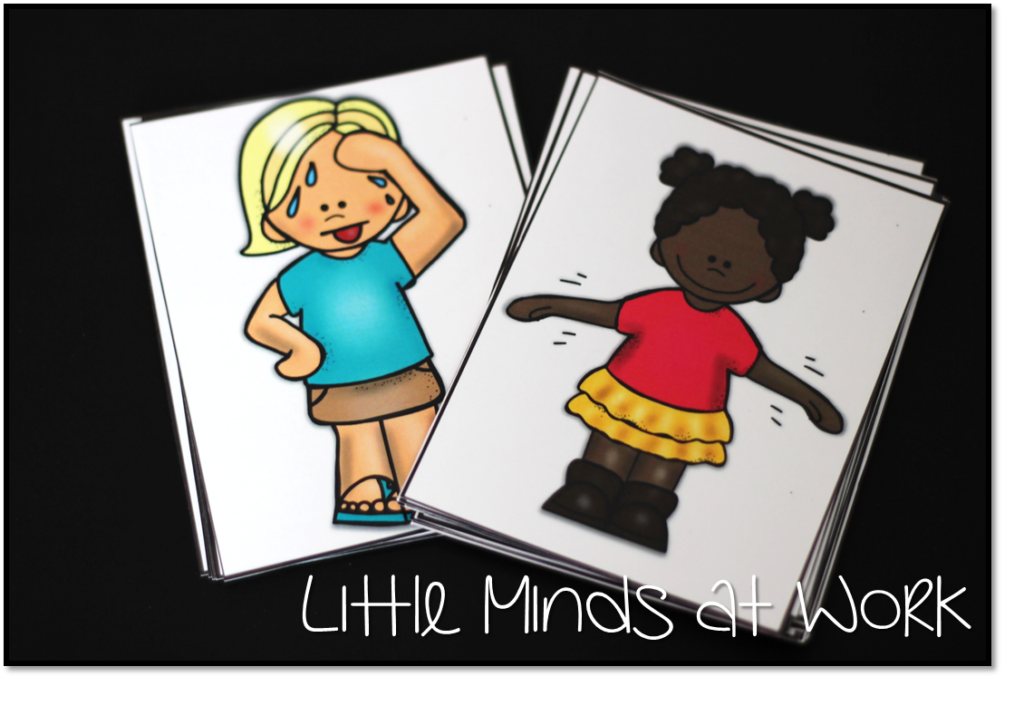 Alphabet Picture Cards {3 per letter}- – These “realistic” picture cards are used throughout unit one and unit two!  In unit one you are introducing the letter along with 3 picture cards that match that letter.  Unit two is when you focus on the letter sound and you will sort these picture cards. 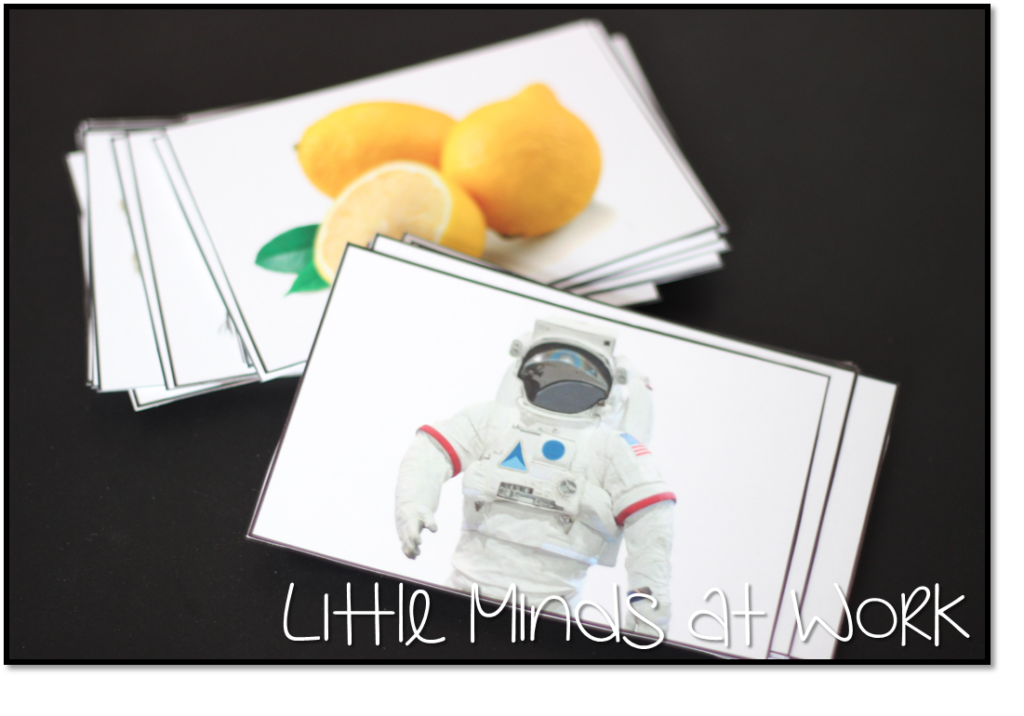 Dry Erase Handwriting Cards  – – these handwriting cards are used primarily in unit one, but you can easily place them into a literacy center basket or writing center. 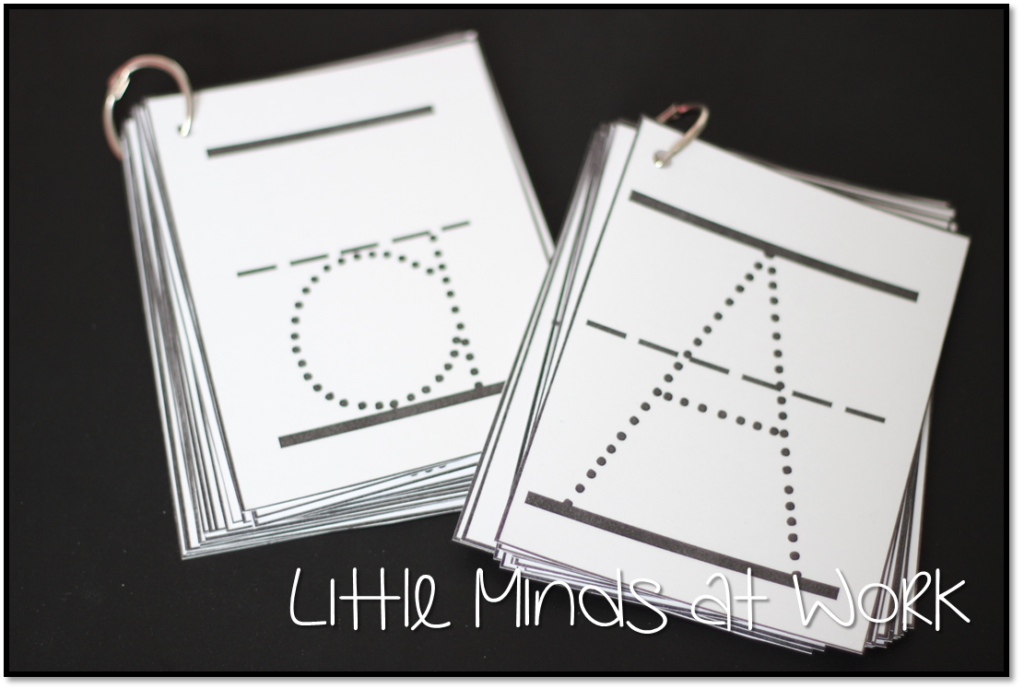 Letter Sound Posters – – The prime real estate of my classroom consisted of these posters!!!  We added one poster to our wall after each letter we learned!  The kids constantly referenced back to these throughout the year! 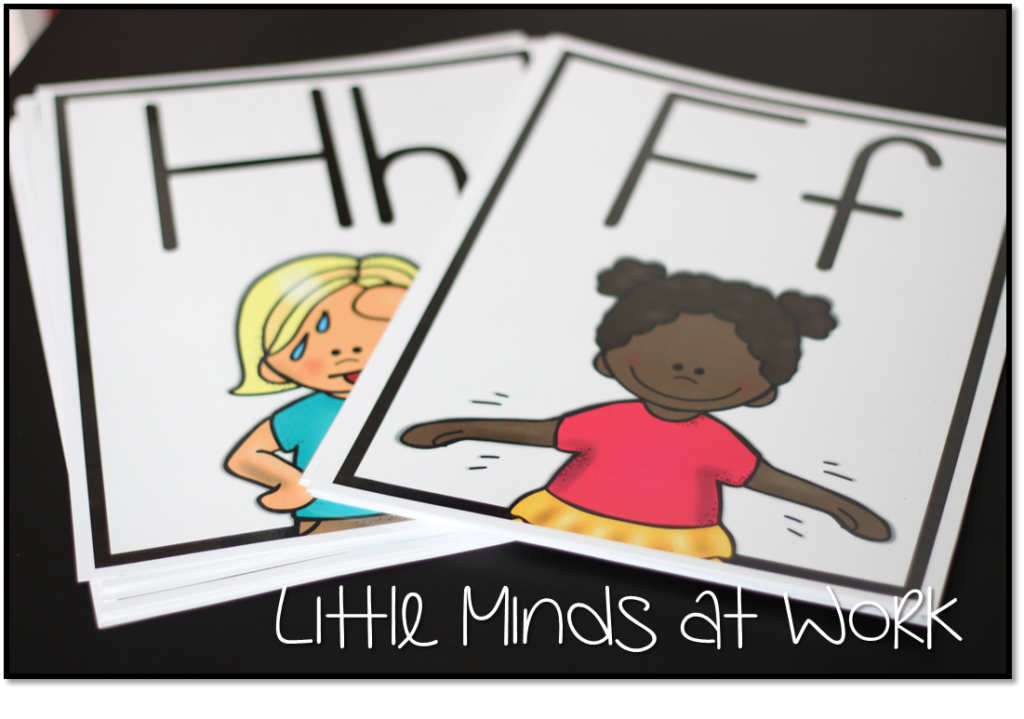 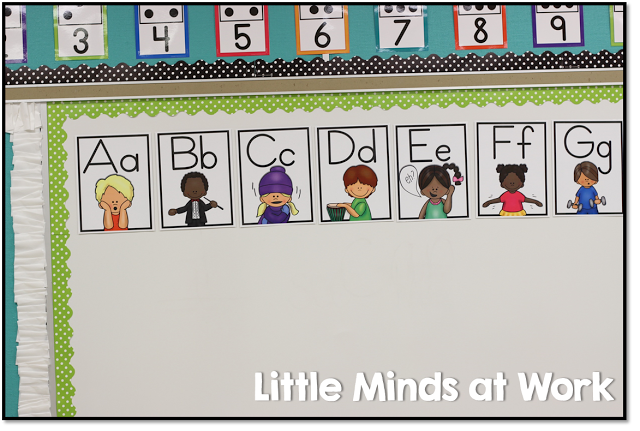 The Handwriting Helper {printed and place into THESE reasonably priced sleeves}- –  We used the handy handwriting helpers a ton through the year as well!  First, we worked on our simple letter formation {see below}.   As the year progressed we went on to writing our simple CVC words and then big kid words! 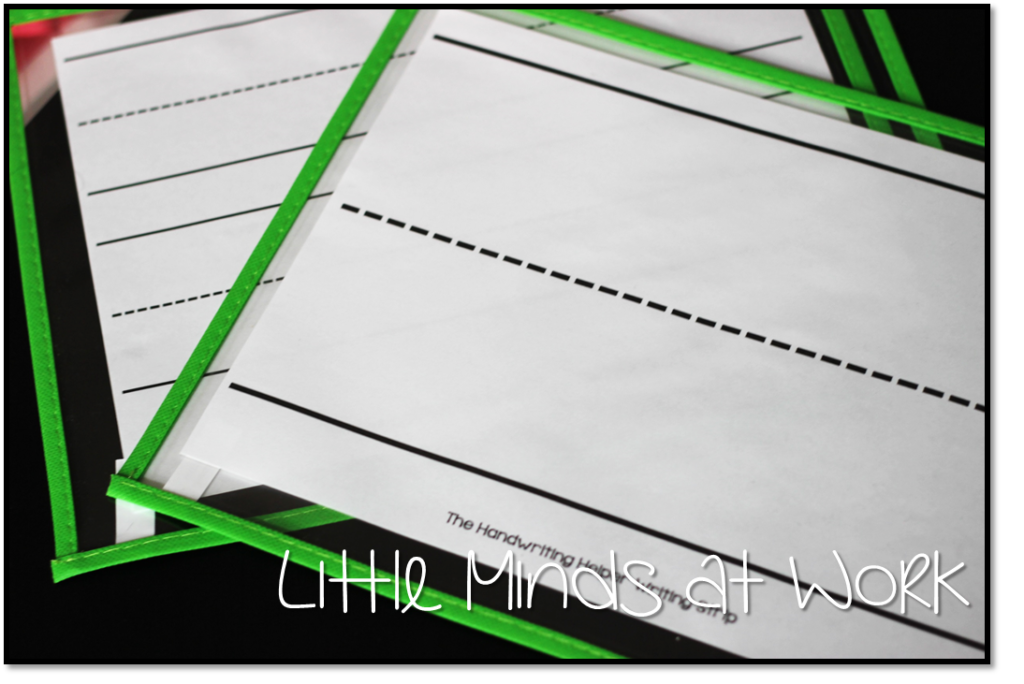 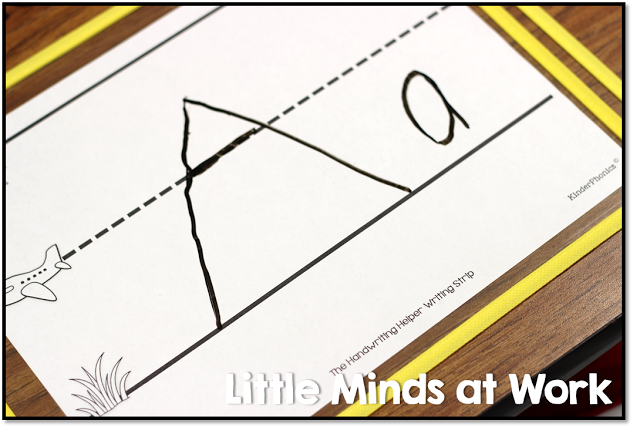 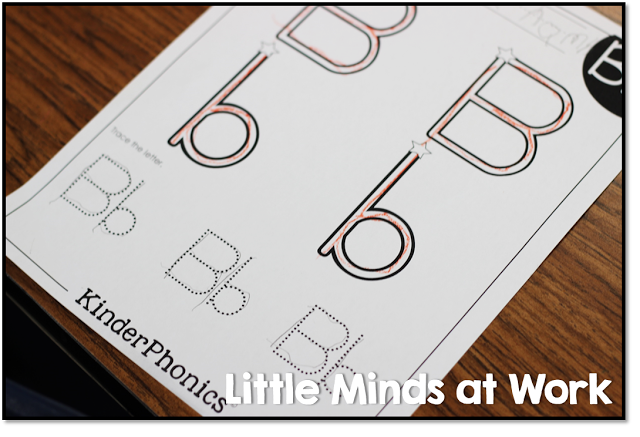 Below are the practice sheets for unit two!  We are again continuing to work on letter formation, but we also work on finding words that match our letter sounds.  {Sorry it’s at the bottom of the page}. 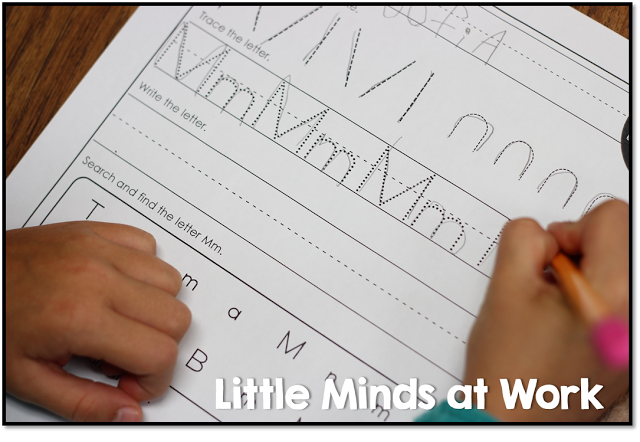 Alphabet Charts {student and teacher versions} – – the student ABC charts are seriously my favorite part of the unit 😛  My kiddos each had one in their writing folders!  Writing and sounds go hand-in-hand!  These charts help those sweet babes get sounds down for this BIG words they are writing! 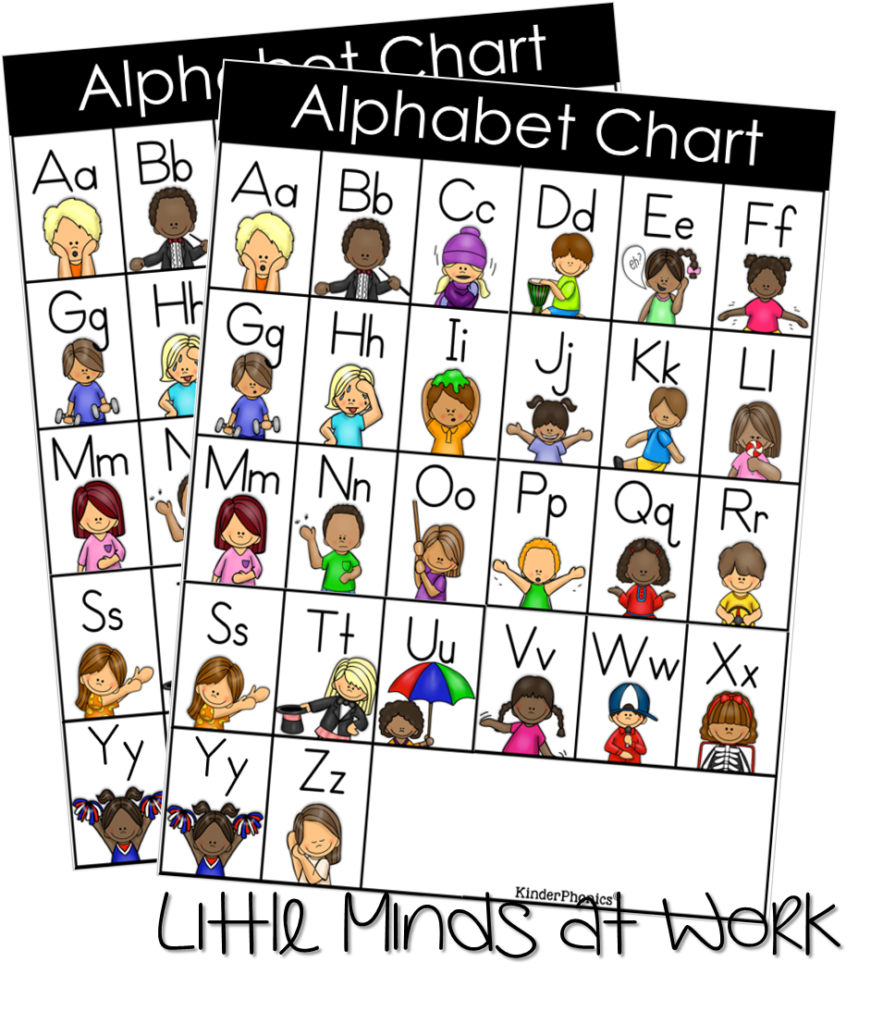 Below is a snap shot of a kiddo using their ABC chart during our small group writing! 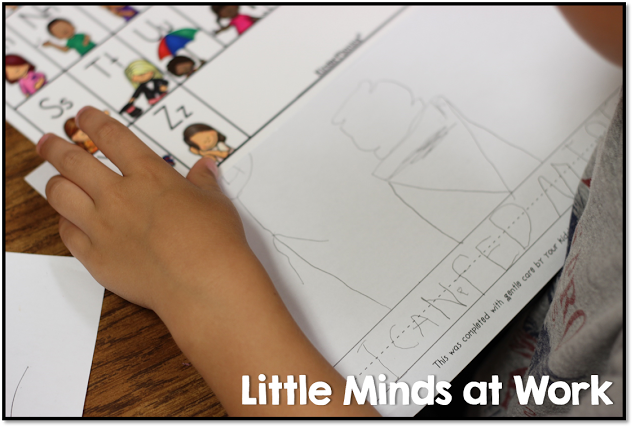 Anchor Charts – – Anchor charts are a huge part of units 2 and 3 of Kinderphonics! We make a new chart or review a chart each day!  The charts are a lot of fun because the kids get to lead!  I decided to let them draw the pictures themselves and it was so cute.  Okay, maybe Id did it because I REALLY can’t illustrate…like anything….nothing! 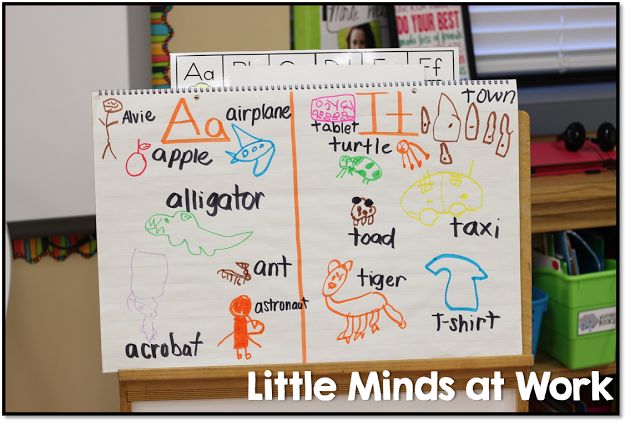 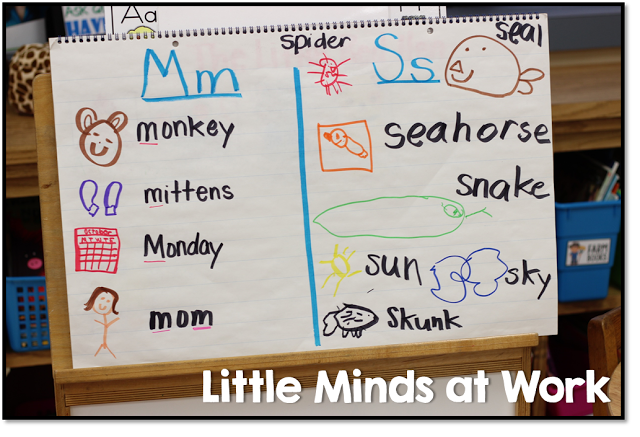 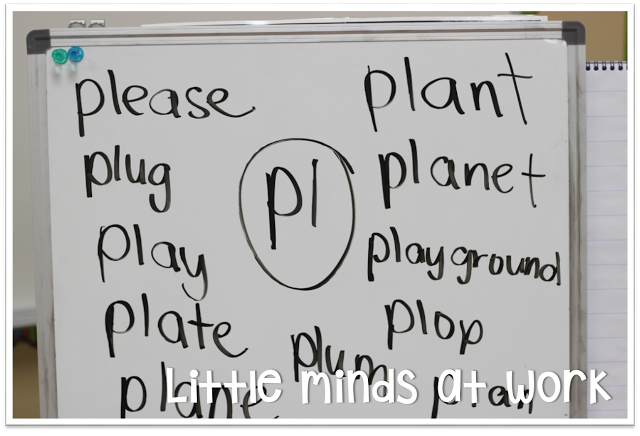 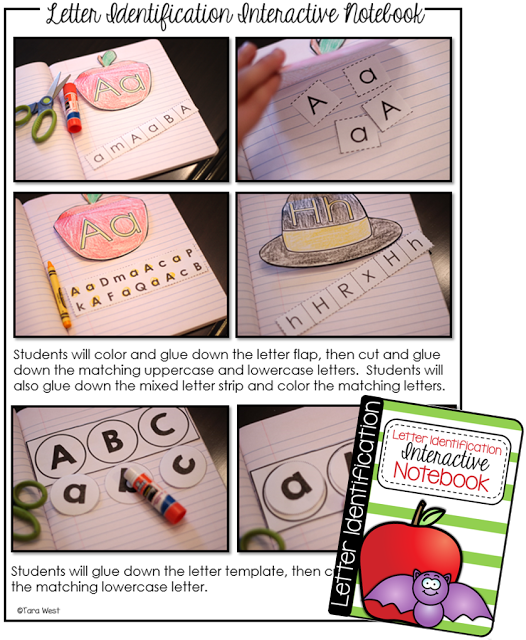 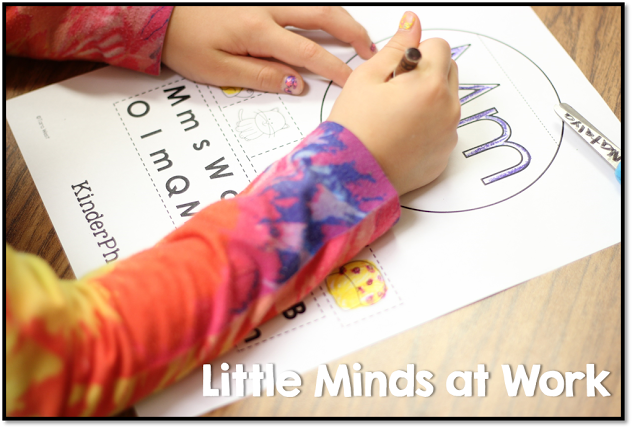 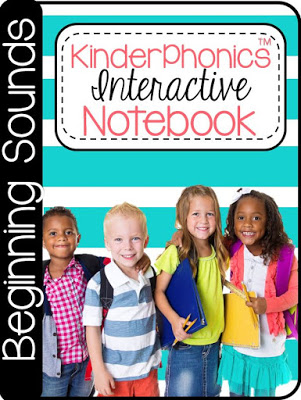 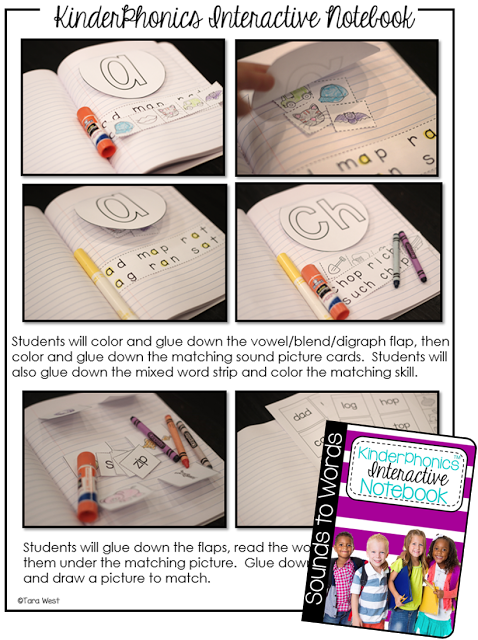 I think the biggest part of KinderPhonics that is WONDERFUL …would be that the lessons are complete for you…you don’t need to write out any additional plans, they are finished for you!  When I had a sub I would simply leave these plans for them and they would be good!

I know that I am a visual person so I wanted to leave you a link to try out units one and two for yourself! If you would like to read and SEE lots more about unit one and two, including; a scope and sequence for three units, sight word list, and more click below and click the free preview below! 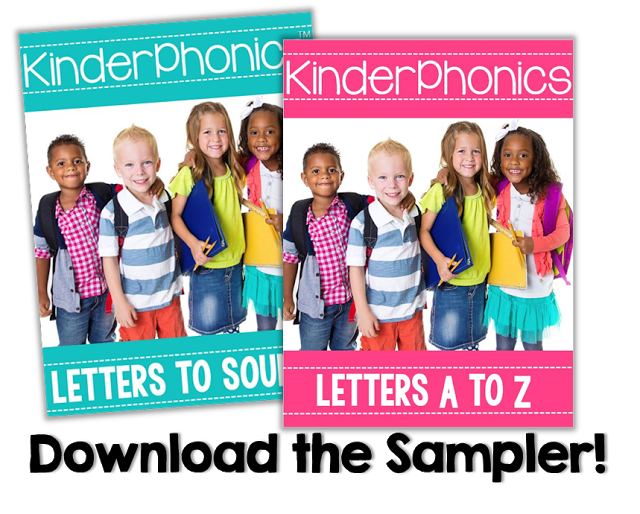